By Houston History Magazine on July 28, 2015 in Museums, Other, Preservation 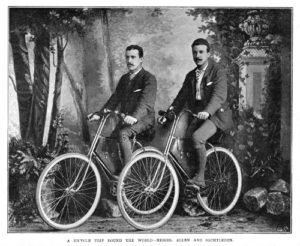 Seven years ago I was putting the final touches on my 2010 book The Lost Cyclist, a non-fiction work about Frank Lenz, a forgotten cycling pioneer who helped to spark the great bicycle boom of the 1890s. In May 1892, young Lenz set off from his home in Pittsburgh, Pennsylvania, to circle the globe on a new-fangled “safety” bicycle with inflatable tires, the prototype of the present day vehicle.1 Another period cyclist from Alton, Illinois, William Sachtleben, also interested me since Outing Magazine (Lenz’s sponsor) had sent him to Turkey to search for Lenz, after the latter disappeared there two years into his journey. A famous wheelman himself, Sachtleben completed his own “round the world” ride with college chum Thomas G. Allen, Jr., which I also chronicled in The Lost Cyclist.

While researching, I periodically plugged “Sachtleben” into Google books to see if any new leads appeared, and one day I stumbled on the book Armenian Karin/Erzerum by Hovannisian‬. The snippet online suggested that UCLA had a substantial collection of papers relating to Sachtleben, and of course, I was eager to find out more. The book itself had a chapter by Gia Aivazian, then a cataloguer at UCLA’s Special Collections, giving a detailed breakdown of the collection, including several diaries from the bicycle ride, numerous papers relating to the search for Lenz, and some 400 nitrate negatives of unknown content, which were in storage.

According to Aivazian, an unidentified man rescued the entire collection in the 1960s, when he spotted a group of workmen tearing down an old house in downtown Houston. One tossed an old valise out an attic window in the direction of a bonfire raging in the back yard. The case barely missed its target and broke open when it hit the ground, spilling out old photographs on the lawn. When another workman began disposing of the materials, the man witnessing the act intervened and bought the remaining items.

Round Trip is on display at Asia Society-Texas, 1370 Southmore Boulevard in Houston through September 27, 2015.  Below are some of the images and a video with the author/guest curator David Herlihy and Paul Montague Jr., the man who rescued this valuable collection from being burned as trashed at a house that was being torn down in Houston. 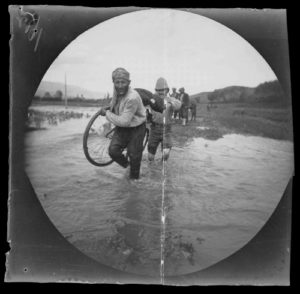 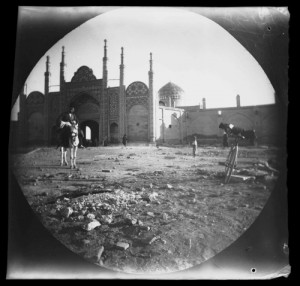 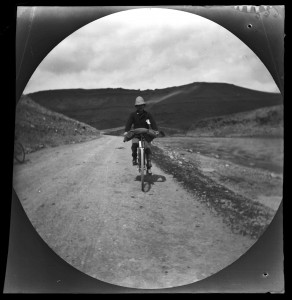 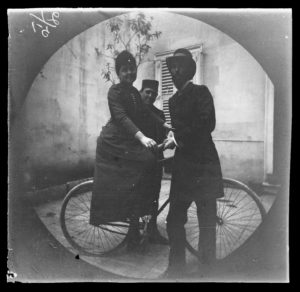 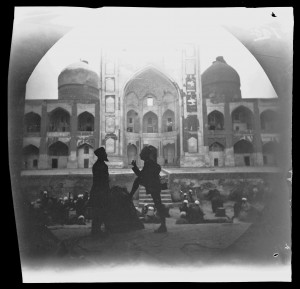 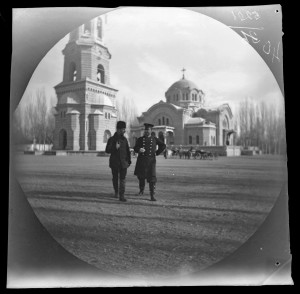