By Houston History Magazine on July 28, 2015 in Business and Industry, Food 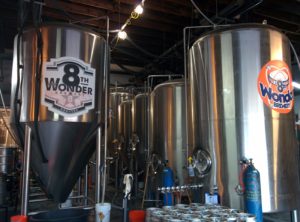 A battle rages today about tearing down the “8th Wonder of the World,” a nickname coined by Judge Roy Hofheinz for the Astrodome during its construction in the 1960s. But now another 8th Wonder stands in Old Chinatown east of downtown Houston in today’s EaDo (East Downtown) district. The 8th Wonder Brewery pays homage to some of Houston’s greatest achievements and the people who live here and is part of an influx of craft breweries into the city, which had only a handful a decade ago. Independently owned craft breweries brew on a much smaller scale than the macrobreweries like Anheuser-Busch, Miller, and Coors. Craft brewers tend to focus more on producing a variety of brews and demonstrate a willingness to experiment and break from conventional brewing methods, allowing them to be more expressive in their beers. Craft brewing started in 1965 with the turnaround of Anchor Brewing Company in San Francisco, California. In 1976, the New Albion Brewing Company in Sonoma, California, formed and then served as the blueprint for future small-scale brewers. As craft breweries increased in number, many attached a bar or brewpub to their brewery as allowed by law to sell beer to the consumer directly, furthering the demand for craft beer. This marked the beginning of the microbrewery craze in the United States.

Click here to read the PDF of the full article.
Below is a video on 8th Wonder Brewery produced by Houston History magazine:
[youtube]http://youtu.be/ctn0eqk1ZB8[/youtube] 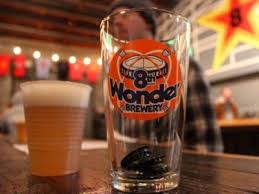 Click here to visit the website for 8th Wonder
Matthew Desguin interviewed Aaron Corsi the brewmaster at 8th Wonder brewery.
Aaron Corsi on learning to love beer and coming to the University of Houston:
Aaron Corsi on his continuing of his education at UH in beer, wine, and spirits:
Aaron Corsi on meeting Ryan Soroka and beginning to build 8th Wonder:
Aaron Corsi on what being a part of the brewery means to him: