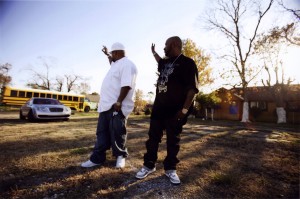 From hip-hop music’s earliest days, Houston has contributed greatly to the genre’s development. In the 1990s Houston icon DJ Screw gave us “chopped and screwed,” arguably the city’s most notable contribution, but Houston can claim many others. A handful of Houston-area rappers, like Geto Boys, Bun B and Pimp C of UGK, and Paul Wall, have risen to national prominence, but the overarching contributions of Houston to the rap scene often remain overlooked. To preserve and highlight Houston’s rich hip hop legacy, the University of Houston Libraries Special Collections began collecting primary source materials on the genre in 2010 when curator Julie Grob established Houston Hip Hop as a collecting area. 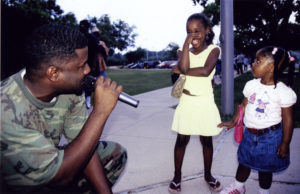 The newest accession, acquired in the spring of 2015, is the Peter Beste and Lance Scott Walker Houston Rap Collection, which contains materials gathered and produced during the creation of Beste and Walker’s book Houston Rap. This large and varied collection documents the rise of Houston hip hop and the people and communities behind the music, making it an exciting addition to the Houston Hip Hop Collections. These materials will connect with and complement the existing UH hip hop collections in unique ways, providing greater insight into Houston hip hop than they could on their own or in another repository.

Click here to read the pdf of the full article
Students in the Houston History class at UH have researched and written on hip hop artists, and their oral histories have and will become part of the Houston History Archives.  A sampling of that work can be found below.
Click here or on the image below to watch a brief video on Houston hip-hop produced by Joey Fama, a student in the Fall 2014 Houston History Class at the University of Houston:
[youtube]http://youtu.be/S5TzXfPjTbQ[/youtube]
The Houston History students have conducted interviews with Houston rappers Fat Tony and K-oz:

In an interview with Joey Fama, K-oz discussed on how he got into the rap industry:
K-oz on his stream of consciousness writing style:
K-oz on first getting into hip-hop:
K-oz on what makes Houston rap unique and on how he depicts Houston in his music:
Click here to listen to the full interview

Watch the Vice Documentary Screwed in Houston about the history and culture of hip-hop in Houston: