By Houston History Magazine on December 11, 2018 in Business and Industry, Energy and Environment, Letter from the Editor 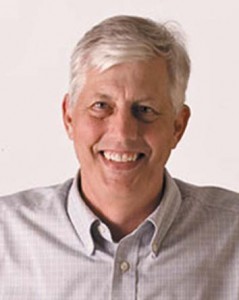 As the Offshore Technology Conference (OTC) celebrates its golden anniversary, we look back at its activities and reflect on how they have helped Houston emerge as “the energy capital of the world” while boosting the region economy. Anniversaries are obviously all around us, while I worked on this issue of Houston History, a magazine I edited for half of my thirty-year career as a history and business professor at the University of Houston, I had a significant anniversary of my own—my seventieth birthday.

Reflecting on the past, I realized that just like OTC, May 1969 marked the fiftieth anniversary of my marriage and of my first serious piece of historical research on the oil industry, my senior honors thesis at Rice University on the history of my dad’s union, the Oil, Chemical, and Atomic Workers (OCAW). Doing real research – complete with trips to several archives, conducting interviews, studying secondary sources, writing, and editing – put me firmly on the path to becoming a professor who taught and wrote about the energy industry for forty years at four different universities.
An important part of my preparation for becoming a historian of the oil industry were my summers working in the labor gangs of oil and petrochemical plants to help pay my way through Rice. This was hot, nasty work. I cleaned out tanks once filled with sludge from who knows what and scraped out carbon black residue from the large “dryers” used to make synthetic rubber. Compared to these jobs, the summer I worked twelve hour-days, seven days a week laying pipeline across East Texas almost seemed like a vacation. Doing grown-up work for grown-up pay for the first time gave me greater discipline, a serious work ethic, and a fuller understanding of where money comes from.

As I taught in universities, it disturbed me that oil in particular and energy in general were slighted in the curriculum. Someone needed to teach students about the production and consumption of energy, so I spent the last two decades of my academic career training Ph.D. students in energy-related history, helping build a new sub-discipline in the history profession called “Energy History” and creating a new “Energy and Sustainability Minor” for undergraduates at UH.

While completing multiple research projects and books on the history of oil companies and the offshore industry, I have been stunned by the innovativeness and resilience of offshore companies, which have developed an amazing array of new technologies to lower costs and continue to expand into deeper waters. The technological marvels that made it possible for offshore production to expand became important elements of my research, which was greatly enhanced by my work with the Offshore Energy Center interviewing inductees into its Offshore Hall of Fame at the Ocean Star Museum in Galveston. For me, the cherry on top of my research was writing a series of historical essays on offshore history for Offshore magazine as part of its sixtieth anniversary celebration.

OTC has become a central part of the global offshore industry by providing a place for those involved in the industry to discuss the latest advances in offshore technology, to network with colleagues from around the world, and to attend exhibitions of the latest equipment developed to help move the offshore industry into deeper waters in harsher environments. OTC now holds conferences in Brazil and Asia, as well as meetings focused on Arctic technology, extending its far-reaching impacts on the offshore industry and on the city of Houston internationally.

We have published several single-topic issues of the magazine on other significant Houston institutions celebrating milestones, notably the Texas Medical Center, the Johnson Space Center, the Houston Livestock Show and Rodeo, the University of Houston, the Houston Ship Channel, Houston Emergency Medical Services, and the Center for Public History, our home base at UH. OTC’s golden anniversary, similarly offers a fitting occasion to celebrate the history of an organization that has helped our city evolve into a mature metropolis while enhancing the lives of Houstonians.

Houston History
Celebrating its fifteenth anniversary with this issue, Houston History magazine is published by the Welcome Wilson Houston History Collaborative in the UH Center for Public History (CPH). It is the only in-depth publication of our region’s history; it trains students in historical research, writing, and collection of oral histories, giving them marketable workplace skills; and it makes our region’s history accessible to students, teachers, researchers, and anyone interested in Houston’s past. Our work at the magazine relies on the support of generous community donors. Please consider helping us continue our community outreach, innovative training, and research by subscribing to the magazine or donating by clicking on  the“Buy Magazines” or “Donate” tabs above.