By Houston History Magazine on December 11, 2018 in Business and Industry, Energy and Environment 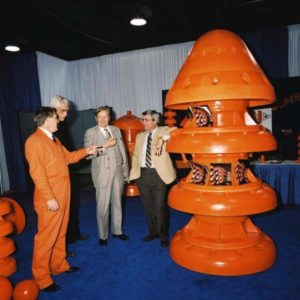 Visionaries possess an extraordinary power to imagine what could be. Yet when a future unfolds that validates them, it may so exceed the original vision that even an extraordinary power of imagination is proved inadequate. The reality that happens vaults well beyond one’s wildest dreams. That could be said of the original decision by nine organizations in 1968 to launch the Offshore Technology Conference (OTC) in Houston the following year.

The sponsors were optimistic enough to call it “the first annual conference,” and that vote of confidence has been powerfully affirmed.

The decision to organize the original conference was announced in a May 1968 Journal of Petroleum Technology article by Joe Alford, executive secretary of the Society of Petroleum Engineers (SPE). “Nine of the leading engineering and scientific societies in the United States have taken a bold and significant step with the establishment of a new interdisciplinary meeting to be known as the Offshore Technology Conference,” he wrote. The initial conference was to be held 19–21 May 1969 in what was then the new, downtown Houston Convention and Exhibit Center. 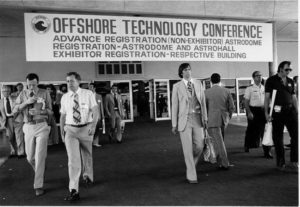 A short video on how OTC has changed from the beginning of its creation to now.

50 Years of OTC’s Legacy: “Houston is known globally to be the city where technology was born, and OTC is proud to call Houston our home. Thanks to our industry partners and the city, there are very few events in any industry that mirror OTC’s legacy and contributions.” —Wafik Beydoun 2018 Chairman, OTC Board of Directors

Short video about the celebration the Offshore Technology Center celebrating its 50th year.

The Offshore Industry, Houston, and the Creation of OTC
Letter from the Editor – OTC: A Golden Past, A Brighter Future