By Houston History Magazine on July 30, 2016 in Communities, Religion 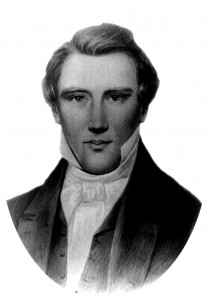 The founder of The Church of Jesus Christ of Latter-day Saints, Joseph Smith

The story of the church of Latter-day Saints in Texas began with the founders of the religion as well as the state of Texas. Just before his death in 1844, church organizer Joseph Smith sent a representative to Sam Houston to negotiate for a tract of land where the Latter-day Saints could establish a settlement. The proposal for all church members to settle in Houston was called the “Texas Plan.” Although Sam Houston was on board, it never came to fruition because the Prophet Joseph was martyred by an angry mob in Carthage, Illinois, before completing the deal. The church struggled to maintain its identity under the absence of its recently lost prophet. The church might have gone through with the deal, had the early leaders acted more quickly, but it chose instead to complete the temple in Nauvoo, Illinois, where the church was based at the time. This temple was critical to because it was the members’ only way of providing salvation for their ancestors. During this time of crisis, church leaders concentrated their efforts on keeping the church together, thus preventing the immediate move. The next time Latter-day Saints came in contact with the city of Houston was much later around 1918. 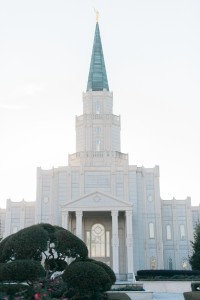 From the organization of The Church of Jesus Christ of Latter-day Saints in 1830, members were encouraged to immigrate to the location of the church’s main body, which began in Palmyra, New York, but later included Kirtland, Ohio; Nauvoo, Illinois; Winter Quarters, Nebraska; Independence, Missouri; and finally Salt Lake City, Utah. During this time of transition, Joseph Smith and his counselors encouraged recently converted members to go to Utah. As more and more people converted, however, it became less practical to send them to Utah and made more sense for them to stay where they were and create their own colonies. The saints who came to Houston were not typically members who moved from the main body of the church in Utah but rather the natives of Mississippi and Alabama who had converted to the faith and relocated to Houston for employment. Although missionary efforts started in Mississippi and Alabama, soon missionaries were called to preach in Texas. 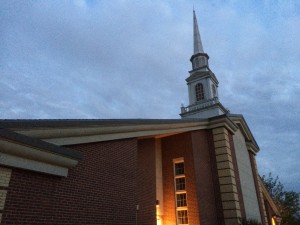 Click here to read the PDF of the full article

Visit the following links for more information on the LDS church

Click here or below to view a video about the LDS church in Houston, created by author James Thornock

Visit LDS.org to read up on the beliefs and organization of the church