By Houston History Magazine on July 29, 2012 in Parks, Preservation 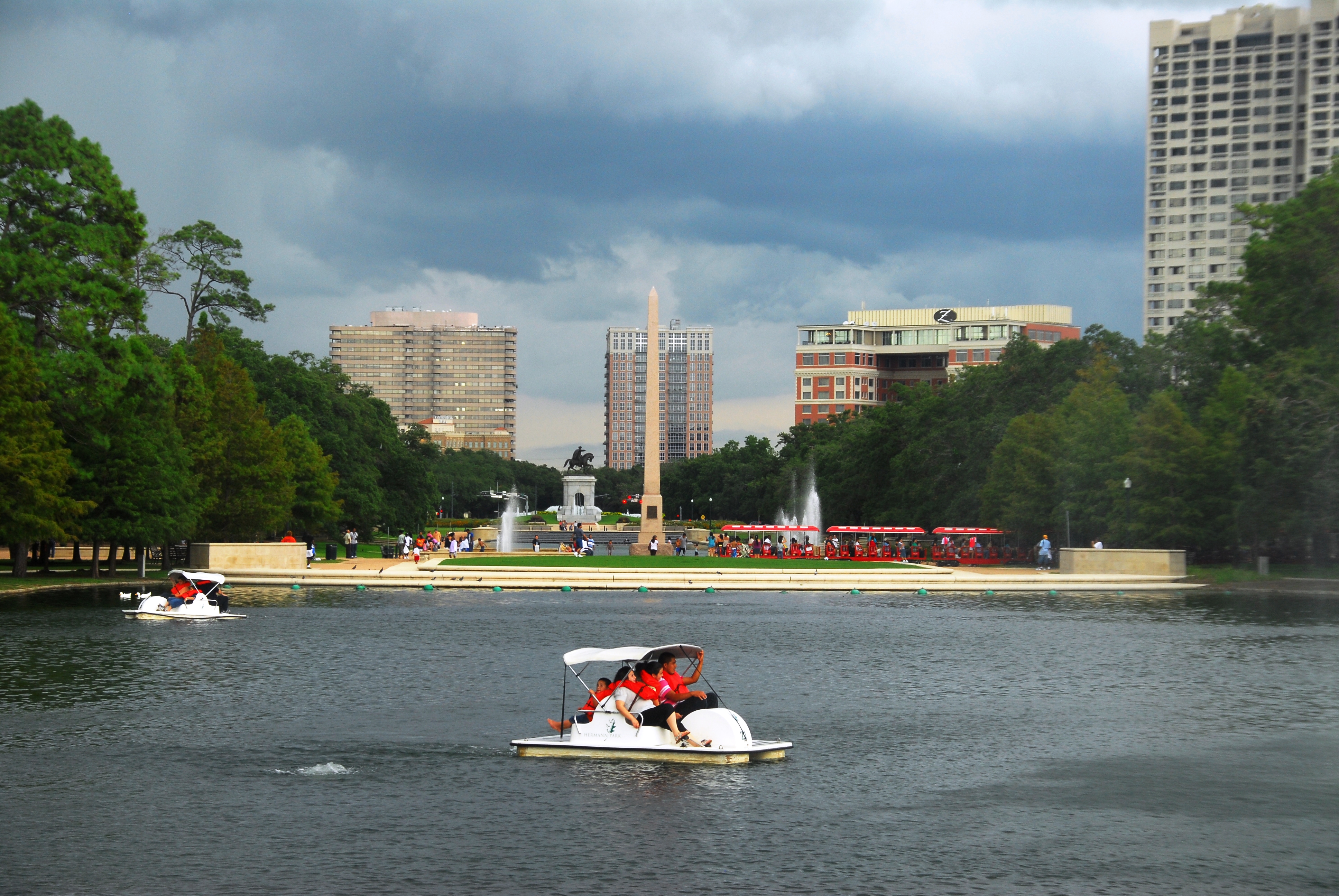 Houston’s Hermann Park has been a treasured oasis of green and blue in the heart of the city since its opening nearly a century ago. George H. Hermann, industrialist, real estate investor, and one of Houston’s first park commissioners, donated land for the park in June 1914, and his estate bequeathed additional acreage upon his death later in the year. Though hard to imagine today, at the time, the heavily forested area extended to Brays Bayou and had little development surrounding it, save for Rice Institute, established in 1912 on the edge of the prairie.

Nearly 100 years later, Hermann Park is located in one of Houston’s busiest destination areas. With its proximity to the Texas Medical Center, the Houston Museum District, Rice University, and diverse residential neighborhoods, Hermann Park serves an estimated six million visitors a year who come to relax and play among its 445 acres. It is home to more than 8,000 trees, many of them nearly a century old that not only look beautiful, but also provide cooler temperatures, cleaner air, shade, and a wildlife habitat.

Click here to see the PDF of the full article.