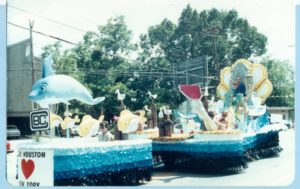 The Ocean themed float at the 1984 Pride Parade

Perhaps a parade seems rather insignificant, but that is not the case and never was for the Houston Pride Parade. It represents a beacon of hope—a light in a dark place. It is a visual representation of the Houston LGBT (Lesbian, Gay, Bisexual, and Transgender) community’s existence and a reminder that no member of the LGBT community stands alone in the fight for recognition. The parade is acceptance and support in active form. It signifies a unique part of our city and its history. The Houston Pride Parade is important, and this is its story. 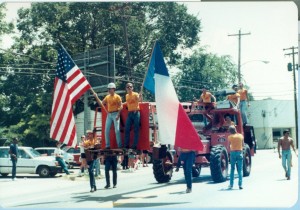 The construction float at the 1984 Pride Parade

Although the 1950s marked the rise and evolution of the homophile movement, which included national LGBT organizations such as the Mattachine Society and the Daughters of Bilitis, the lingering repressive political and social atmosphere of the United States led to such things as police raids on bars, which were regularly shut down. Plain-clothes officers, posing as regular bar patrons, often entrapped the actual customers. It seemed that the LGBT community could not escape the oppression. Then in late June of 1969 in New York City at the Stonewall Inn, a group of the bar’s patrons, tired of harassment, fought back.

Click here to read the  PDF of the full article.
***
Click here or on the image below to watch a video on the Pride Parade produced by Hannah DeRoussell: 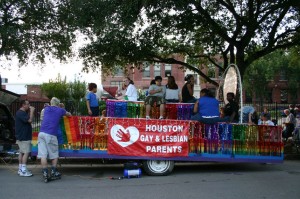 Jack Valinski on how the theme for the parade is chosen:

Jack Valinski on attempts to allow as many people as possible to help the parade make decisions: 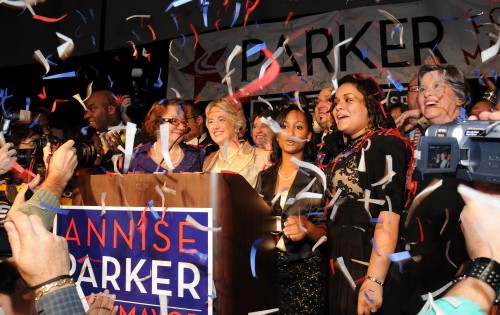 Click here to read “Forging a Community: The Rise of Gay Political Activism in Houston” in our Theatre Arts issue

Click here to read the article “30 (Plus) Years of Pride” by David Fagan and Skip Teauxmelou and Nancy Ford for Out-Smart, a Houston LGBT magazine.

Fragas: A Hundred Years in the East End
A Life of Activism: Maria Jimenez