By Houston History Magazine on April 24, 2018 in Business and Industry, Education, Houstonians, University of Houston, Women 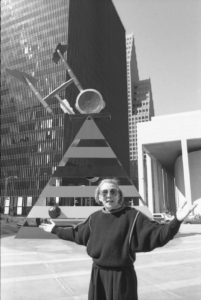 In front of Joan Miró’s Personage and Birds, Sally Walsh proudly stated, “I walk through Houston buildings today and find good contemporary design, whether or not I had a hand in it, I find myself taking credit … because on this specific turf it flourished with my help.”

Architecture has helped cities create identities and given the citizens a sense of home. Few people can look at their skylines without having a sense of pride. The people who help shape these spaces often work in the background — especially women. With architecture being one of the last fields to integrate women into the industry, Houston women may have had a slow start but they have made a lasting impact and are here to stay. 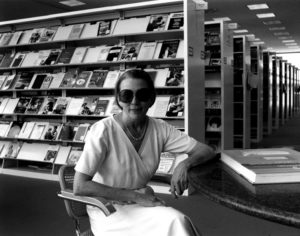 Walsh arrived in Houston in 1955 because her husband, Bill, a prominent criminal lawyer, had found work in the city. She intended to open a Knoll showroom to bring its modern designs to the rapidly growing business community, but Hans Knoll’s sudden death halted her plans. Beginning her career anew, she initially worked at Suniland Furniture Company but soon accepted an offer with Wilson Stationery & Printing, where she began to work on her craft. In 1971 Walsh became a partner at S. I. Morris Architects, a prominent Houston firm, where she made some of her greatest strides. Her major local contributions include: the Transco Tower offices, Lehman Brothers offices, and the Jones Building of the Houston Public Library. Walsh began revolutionizing the interiors in corporate Houston during the 1950s, but many of those contributions were eclipsed by Gerald D. Hines, the development magnate credited with modernizing Houston’s architectural scene, largely during the 1970s. 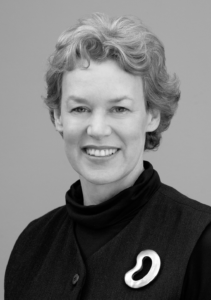 When looking for work during her final year of school in 1972, an employer once asked how quickly she could type and about doing interior design work, areas suitable for women. Shoemake insisted that she would only accept an architecture position. Her friend Bill Stern, who later taught at the Gerald D. Hines College of Architecture at the University of Houston (UH COA), told her that these assumptions were not that big of a deal. Shoemake retorted, “Did anyone ever ask you to type, Bill?” To which he responded, “Well, no, of course they wouldn’t ask me.”

Eventually Shoemake went on to take an architect’s job at Caudill Rowlett Scott Architects, where she was one of two women of 300 employees. Shoemake vividly recalls an incident when one of her colleagues had done a detail section of a receptionists’ desk and the head of construction documents thought she had done it. When walking across the office, he furiously demanded she come over to him. He put his hands around her neck yelling at her that she should not have done the detail. Shoemake thought to herself, “What is this?” She had to decide to either stay calm or react. Realizing he looked like a fool, she relaxed. Eventually, one of the partners, Charles “Tiny” Lawrence, came over, telling the man he could not act like that. At the time she realized how inappropriate the sight was, but she just kept working. 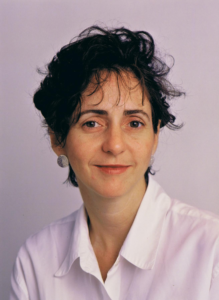 When taking various career aptitude tests, every one directed her to a career in the restaurant or food industries and architecture. Though she had and still has a love of the restaurant industry, a discussion with her guidance counselor at Lamar High School solidified her decision to study architecture in 1976. The person recommended she not choose architecture because she was a woman, which prompted Appel to gladly take on the major.

Although she moved back to Houston and married, Appel accepted a teaching job at Texas A&M and commuted to College Station. Three years later she accepted a tenured-track position teaching at UT, all while commuting to Houston for her family and projects. Appel continued to live between two cities after she had her first child and taught through the following spring semester. She realized that juggling a major teaching position, a practice, and her family meant something would suffer. She loved all three intensely, and the thought of letting one go was nearly impossible. However, when she finally made the decision to leave UT, she immediately felt relieved. Once she settled back in Houston, she began teaching part-time studios at Rice and UH, which suited her growing practice. Appel has not taught for the past twenty years, however, due to how her practice has grown. 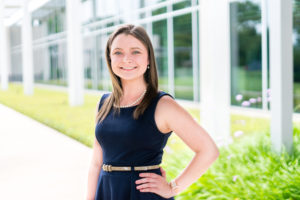 Megan Tegethoff graduated from UH COA as the salutatorian in 2014, earning her bachelor in architecture degree. Like Shoemake and Appel, she is a native Houstonian but grew up with closer ties to the field. Her father, a civil engineer, recognized her talents at a young age and planted the idea for her to pursue an architecture career. Coupled with support from family and friends, Tegethoff’s strong desire to become an architect distracted her from any negative influences throughout her education. Though very dedicated, the summer before her second year of college, Tegethoff was diagnosed with a rare blood disease, idiopathic thrombocytopenic purpura (ITP), causing her to be dependent on steroids. The second year at UH COA is very intense for most students as they completely dive into architecture, and many students drop out of the degree plan. However, Tegethoff’s professor Sharon Chapman showed compassion to help guide her through the year.

The Houston architectural community is strong, and the women in the field are making strides. Appel has heard from young women in the profession today that it has been hard to have all their needs met, whether professional or personal, but she feels that the industry has made great strides to allow women and men to accommodate their lifestyles. It is commonly said that architects in the city know each other, and that is in part due to the organizations that bring them all together. AIA hosts several events where local firms and student organizations compete against one another, such as the annual sandcastle and gingerbread competitions, allowing firms to showcase their studio culture and who they are as companies.

Organizations like Women in Architecture (WIA), a part of the AIA, provide an outlet for other aspiring and regis- tered architects to come together and host activities such as mentorship events, social hours, and lectures. Sharon Chapman, a professor at UH COAD and a board member of Houston’s WIA, pointed out when gathering information from other chapters that other cities envy Houston’s sense of community and sheer numbers that their cities lack. Women in the field have slowly made their mark in the industry, here and around the nation, but they are coming in masses now more than ever.