By Houston History Magazine on December 11, 2018 in Business and Industry, Energy and Environment, Houstonians 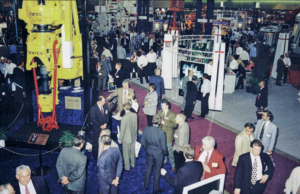 The Offshore Technology Conference has been a central forum for sharing information on the extraordinary technical changes that have allowed the offshore industry to expand its operations into deeper waters and harsher environments. Much of the early development of deepwater technologies can be seen through the career of Carl Wickizer (1931-2007), who went to work for Shell Exploration and Production in 1954 after graduating from Oklahoma State University with a civil engineering degree. In his job interview, they talked at length about the emphasis Shell placed on offshore oil as it looked to the future. Engineers were working in the lab and in the field to apply what was being done on land and in the marshes to the open Gulf of Mexico, leading Shell to recruit people with Wickizer’s background in structural engineering offshore.

Wickizer spent two years in the Army and returned to Shell, where he worked for several years in South Louisiana marsh fields, which included onshore marine operations. He moved up to supervisory positions in production engineering, drilling, production facilities, design, and computer-automated control systems for the oil field, with increasing exposure to the open Gulf of Mexico through economic studies. 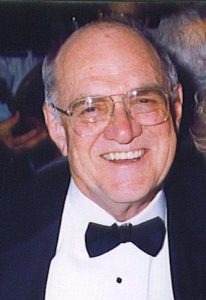 In 1973, Wickizer received his first real assignment in the Gulf as a project manager for a pilot subsea system development program aimed at the deepwater of the future. He spent the next twenty years “engineering, researching, testing, and applying deepwater technology,” working as a supervisor, engineering manager, technology manager, and research manager before being named projects manager for all of Shell’s deepwater projects in the Gulf of Mexico.

Carl Wickizer worked for Shell almost forty years until his retirement in 1993. Bruce Beauboeuf, currently managing editor of Offshore magazine, interviewed Wickizer at One Shell Plaza in Houston, Texas, on November 21, 1997. A portion of that interview follows, tracing many of the technological breakthroughs in the industry across five decades.

Click here to read more on how the oil and gas industry will affect our economy.

Watch: How seismic mapping has helped offshore drilling throughout the years.

Watch: An overview of how the drilling process works.

Connecting the World: OTC as a Platform for Global Exchange
The Offshore Industry, Houston, and the Creation of OTC