Our series “When There Were Wards” will appear over three issues of the print magazine tracing the history of Houston’s ward system and featuring highlights on each of the six wards.

View a ward map by clicking: “When There Were Wards”

Click on the title below to download the first installment, which is an introduction to the overall ward system, or click on the other titles to read about the individual wards.

“A System of Government Where Business Ruled” 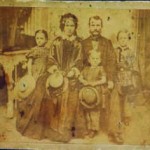 “From Das Zweiter to El Segundo, A Brief History of Houston’s Second Ward”
By Thomas McWhorter “Third Ward, Steeped in Tradition of Self-reliance and Achievement”
By Ezell Wilson

“Beauty in the Eye of the Beholder: Third Ward Art Treasure but a Memory”
By Debbie Harwell 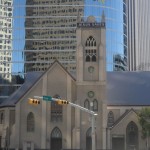 “Two Worlds a Mile Apart, A brief History of the Fourth Ward”
By Patricia Pando

“Freedman’s Town, Texas: A Lesson in the Failure of Historic Preservation”
By Tomiko Meeks “In the Nickel, Houston’s Fifth Ward” 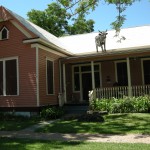 “Sixth Ward: Carving Out its Own Place”