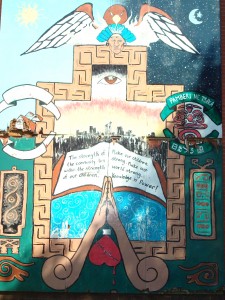 Moody Park stands four miles north of downtown in the heart of what Houstonians now call the Near Northside, an area that grew up in the 1890s, largely around the Southern Pacific rail yards. Development of the Irvington Addition, where Moody Park is located, started in the 1920s and continued into the 1930s. European immigrants, including Italians, Germans, Poles, and Czechs, called the Irvington Addition home. The western edge of the thirty-five-acre park is bounded by Little White Oak Bayou, to the east is Fulton Street, to the north is the middle-class Silverdale community, and to the south is the Irvington Village Public Housing Project.

According to the Houston Parks department, “The City of Houston purchased all or parts of approximately 120 lots of it in 1923 for $18,000 in order to build a public park. Another 6 lots were purchased that year from the estate of the Cetti family for $8,000, and Moody Park was born.” The park, named for Alvin S. Moody, a Democratic politician of the era, was founded in 1925. The city added the park’s amenities incrementally as funding allowed. A Houston Chronicle report indicated that “[in] about 1939, the current small gymnasium and meeting rooms were built in the northeast corner; the pool was installed about 1953; the popular baseball diamonds have been added since the ‘40s through last year [1977].”

In the 1950s, many new immigrants to the Moody Park area were Mexican and Mexican American. At the time of the 1970 census, the area’s inhabitants were “approximately fifty percent (50%) Mexican American, thirty-five percent (35%) White, and fifteen percent Black (15%).”

Many people who lived in Houston in the 1970s hear “Moody Park” and immediately think of the Moody Park Riots, which took place on May 7, 1978. The riots resulted in forty arrests, more than a dozen hospitalized, and hundreds of thousands of dollars of property damage to neighborhood businesses and police department vehicles. Strained police community relations, particularly in the Mexican American community following the police killing of Jose Campos Torres, motivated the riots. The aftermath carried significant implications for race relations in Houston and accelerated political reforms in the city and police department. The event continues to impact the Northside and Moody Park today.