By Houston History Magazine on July 29, 2014 in Communities, Education, Houstonians, Military and War, University of Houston 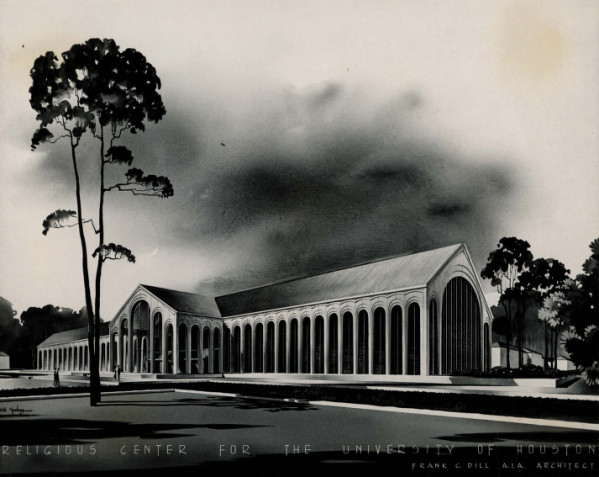 Architect Frank Dill designed the Religious Center for the University of Houston. This architectural drawing shows a front exterior view of the building, which was officially dedicated on May 23, 1965. Photo courtesy of the Digital Library, Special Collections, M. D. Anderson Library University of Houston. 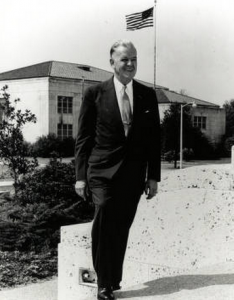 The Student Activities page on the University of Houston website reads, “Wherever your passions lie, you’re sure to find a match among UH’s 400+ organizations, fraternities, leadership programs and other groups.” Passion, defined by Merriam-Webster as a strong feeling of enthusiasm or excitement for something, obviously is alive and well at the University of Houston. Passion has long been a fixture at the university, dating back to its founding, and a passion to provide the university’s students the opportunity to develop all aspects of themselves is what inspired Lieutenant General Andrew Davis Bruce, just a few weeks after starting his term as the university’s third president, to note that the university was missing a fundamental institution—a campus chapel for student use. Fifty years after its opening, the A. D. Bruce Religion Center stands prominently in the center of the residential portion of campus, a symbol of the significant impact A. D. Bruce had and continues to have on the University of Houston.

The following images of the design and construction process, and the portraits of Lt. Gen. A. D. Bruce are courtesy of of the Digital Library, Special Collections, M. D. Anderson Library University of Houston: 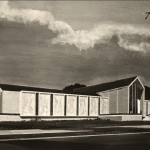 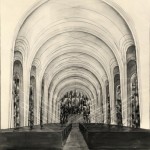 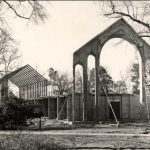 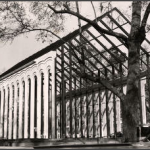 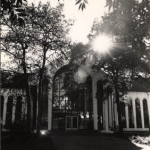 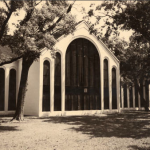 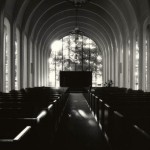 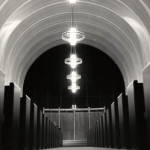 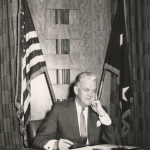 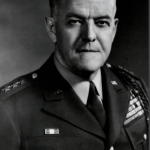 For more about the role of religion on campus, listen to the following clips of Jesse Nagelberg’s interview with Rabbi Kenny Weiss, President of the Campus Ministries Association at UH, Executive Director of Houston Hillel, and Religious Studies lecturer at the University of Houston and Rice University.

Weiss describes his experiences with religion as a university student:

Nagelberg: Can you [Weiss] talk a little bit about what the Campus Ministries Association does for U of H?

Nagelberg: What impact do you think the A. D. Bruce Religion Center has on the University of Houston campus?

Weiss addresses the importance of spiritual life at the university:

Weiss touches on the balance between religious and teaching roles, and on a new major developing at UH:

The following images of the A. D. Bruce Religion Center in use today are courtesy of Jesse Nagelberg (first four images) and Samantha Castaneda (last image): 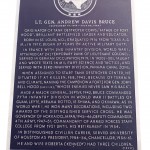 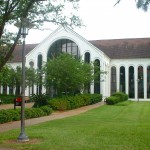 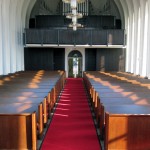 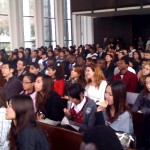 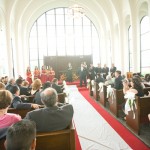