By Houston History Magazine on March 26, 2015 in Education, Energy and Environment, Houstonians, University of Houston 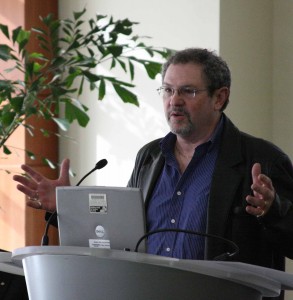 No sooner had our family arrived in Houston from College Station, Texas, in August 1984 than the powers that be at UH whisked me off to Austin to testify before the Higher Education Coordinating Board. The leadership of the History Department had developed the framework for a public history program the year before, and we now needed State approval to get our new master’s degree on the books. The UH Department of History was an entrepreneurial place, envisioning several ways to move beyond a traditional pedagogy and to place its graduate program on the map in a very competitive academic market. Also underway was a grant proposal for the National Endowment for the Humanities—the Humanities and the Professions project—which was meant to connect history, business, and law in both teaching and research by bridging the gap between the academic historical discipline and the professional schools. I could not have been more impressed with the energy of the department when I interviewed in February. Its ambitious goals stretched beyond the conventional activities of my old department and others I had observed. I wanted to be part of such innovation.

Now it was my turn to help advance our new initiative in public history. With a certain gift for gab and an unrealistic sense of confidence, I attempted to convince the board members that our program was ready to be unveiled. (Actually, I was told beforehand that I would not be doing the talking for the university, but at the last minute I was pushed forward to the microphone.) Our team successfully gained State approval, but then came the hard part.