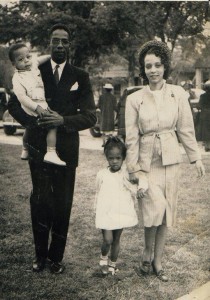 In 1899 Edward Wilbur Hayes left his home, Big Sandy in Upshur County, Texas, to attend Wiley College, walking sixty-two miles to Marshall, the location of the Methodist Episcopal school and Historical Black College/University, founded in 1873. His parents, former slaves and sharecroppers Peter and Caroline Hays, barely made enough money to feed their large family. They certainly could not afford a train ticket for their adult son on the Texas and St. Louis Railway (Cotton Belt Route) or Shreveport line going east. Hayes nevertheless entered Wiley that fall and for the next four years made his family proud, not only earning excellent grades but also putting himself through school. He graduated from Wiley with a high-school diploma, teacher certificate, and possible bachelor’s degree around 1903, becoming, according to his son Robert Hayes Sr., the four hundredth Black Texan to earn teaching credentials in the state. For the next decade, Hayes taught students in a number of rural communities in the East Texas timber belt including Mineola in Wood County. In Mineola, Hayes met student Marie Fluellen, and later the two married. The young man also entered the ministry. To provide for his growing family, Hayes taught, pastored, and farmed, often doing all three simultaneously. 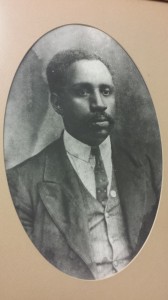 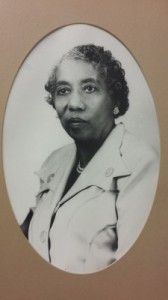 The family eventually morphed into thirteen, including eleven children by the mid-1920s, with the last, daughter Marguerite, born in Houston in 1925. Like many rural families of color, the Hayeses moved around often, from Mineola and Orange in Orange County near the Gulf Coast, to Marshall in Harrison County, and from Marshall to Bellville in Austin County in southeastern Texas, looking for financial security. The family’s frequent relocations also reflected Rev. Hayes’s responsibilities as a Methodist pastor who, at the behest of the Methodist Episcopal Church (MEC), changed congregations every three to four years. The migration patterns of the Hayeses paralleled those of others who moved from place to place as stepwise migrants, which allowed the travelers to move from one location to another before settling permanently in a community.

For more information about The Other Great Migration order a copy of Bernadette Pruitt’s book. 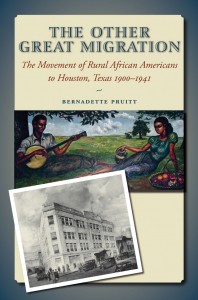 Click here to purchase Dr. Bernadette Pruitt’s book , The Other Great Migration. The book highlights the migration of African Americans from rural areas to Houston from 1900-1940s.

Additional readings related to the topics discussed in the article:

“In Search of Freedom: Black Migration to Houston, 1914-1945” by Bernadette Pruitt continues the discussion into the twentieth century.  This article and the Stabler article are  in the Coming to Houston issue (Vol. 3, No. 1), which can be ordered here.

Read more about Carter Wesley in this article from our Civic Leadership issue (Vol. 1, No. 2).  “Carter Wesley and the Making of Houston’s Civic Culture Before the Second Reconstruction” by Amilcar Shabazz.  Order the entire issue here. 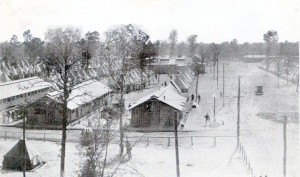 “Camp Logan and the Photography of Fred L. Vermillion” by Thomas H. Kreneck.

The September 2012 monthly lecture at The Heritage Society was given by Randall Riepe and Jenny Bailey.  Click on this link to read the transcript from their presentation, “History, Emotion and Restoration: College Park Memorial Cemetery.” 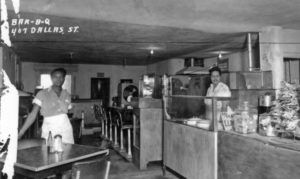 Houston History’s Oil in Houston issue (Vol. 8, No. 2) features two articles that focus on Freedmen’s Town and Houston’s Fourth Ward.  “Freedmen’s Town, Texas: A Lesson in the Failure of Historic Preservation” by Tomiko Meeks looks at the negative impact the city’s growth has taken on this historic neighborhood.  Patricia Pando’s article “Two Worlds a Mile Apart: A Brief History of the Fourth Ward” examines the areas early history dating back to Houston’s founding.  The entire issue can be purchased here. 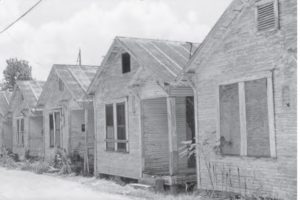 The history of the Third Ward and its art can be explored in the articles “Third Ward, Steeped in Tradition of Self-reliance and Achievement” by Ezell Wilson and “Beauty in the Eye of the Beholder: Third Ward Art Treasure but a Memory” by Debbie Z. Harwell.

Tomiko Meeks discusses Rev. Lawson and his church in her article “We’ve Come This Far by Faith: Wheeler Avenue Baptist Church.”  This issue, A Call to Worship (Vol. 8, No. 3).

“Emancipation is a Park” by Carroll Parrott Blue looks at the important role the park has played and still plays in the Third Ward.  Order the entire Houston Parks issue (Vol. 9, No. 3) here.

Explore the wonderful musicians and music venues from the Third Ward in these articles: 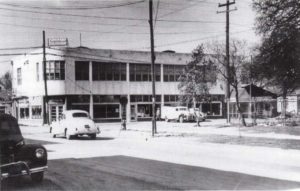 Articles in this issue trace the development of Southeast Houston over the last 170 years.

Click here to read full issue on Confronting Jim Crow in Houston and to read the first three installments of a series on Houston’s wards.

A Life of Activism: Maria Jimenez
A Scream or a Whisper: Images of Activism in Houston