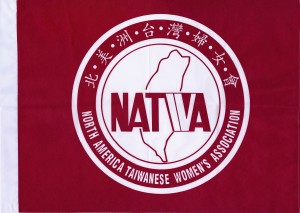 Living between two worlds is nothing new for Asian Americans. They must juggle their heritage, derived from the culture and identity of the homeland they left behind, with the pressure to assimilate into western culture in the United States. Though the change is difficult, immigration can lead to new expectations, values, and opportunities. Taiwanese American women often had to play a behind-the-scenes role while men led most of the overseas Taiwanese organizations and activities. Not content with the status quo and lacking an organization to represent them, a small group of thirty Taiwanese women from the United States and Canada formed what became the North America Taiwanese Women’s Association (NATWA) in March of 1988. Through a two-day conference held in Los Angeles, these women outlined their mission: “To evoke a sense of self-esteem and enhance women’s dignity, to oppose gender discrimination and promote gender equality, and to fully develop women’s potential and encourage the participation in public affairs.” 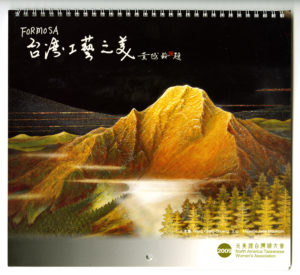 With well over 1,000 members, the organization is divided into seven geographic regions and seventeen local chapters. Exploring the North America Taiwanese Women’s Association Collection in the Carey C. Shuart Women’s Archive Collections at the University of Houston – which contains photographs, publications, scrapbooks, and ephemera – reveals the organization’s historic connection to the Houston region. Although Houston does not currently have a local chapter, it has been an active city for NATWA and its membership over the years and has produced two of its presidents, Gin Ru Lee (1995) and Cecilia Tsai (2005). During their terms, the city twice played host to the annual convention. Additionally, many of its annual magazines have been published within the region.

The one underlying emphasis and theme found throughout NATWA’s archival collection is a celebration of self-worth as Taiwanese and Taiwanese American women. A non-profit run primarily by volunteers, NATWA created a nongovernmental organization (NGO) to address major issues relating to women such as education, health, economy, domestic violence, aging, human rights, leadership training, and empowerment. NATWA and its members have also advocated for the human rights and democracy of Taiwan, provided career panels and mentorship for young women at their national conferences, and given workshops on health and well-being for women.