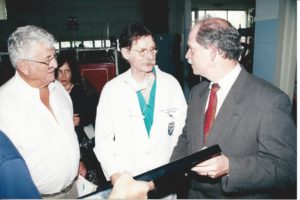 The sound of helicopter blades beating overhead draws one’s eyes instinctively to the sky. Is there a traffic problem? Is it a police chase? Or is someone being rushed to the hospital? Spying the familiar red helicopter, whether the words Life Flight are visible on the exterior or not, the viewer immediately knows someone’s life hangs in the balance. Thanks to the efforts of Dr. James “Red” Duke and Hermann Hospital, now Memorial Hermann, Houston became the second U.S. city to offer an air ambulance to transport critical civilian patients to the hospital.Life Flight has saved many lives, including that of my sister, Devanshi Patel, when she was involved in a terrible accident in September of 2011. The ambulance took her to nearby West Houston Medical Center hospital but it lacked the proper trauma care facilities to stabilize her. Unresponsive and on the brink of death when the helicopter arrived, she was flown to Memorial Hermann in the Texas Medical Center and resuscitated by the nurse on the way. 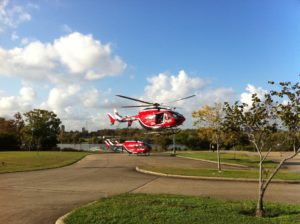 When Devanshi first came into the emergency room (ER) at Memorial Hermann she had little chance of survival. Her heart was out of alignment and both of her lungs had collapsed. The accident had also fractured her pelvis, scapula, six ribs, and her first and second cervical vertebrates. Injuries to any of the three cervical vertebras are immediately seen as reason for caution because movement could cause paralysis. Duke knew this and began working on her immediately to ensure no further damage occurred. Fortunately she needed no surgery at that time, and Duke stabilized her and moved her to the Shock and Trauma Intensive Care Unit (STICU). Today my sister works as a registered nurse on the trauma floor at Memorial Hermann Medical Center where Dr. Red Duke and the trauma team saved her life after being transported by Life Flight. 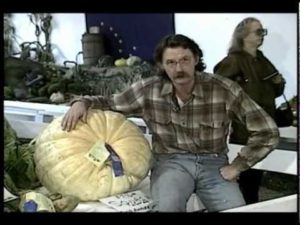 A screenshot from the “Dr. Red Duke Texas Health Report – Squash” clip on the UTHealth playlist.

David Almaguer shares his thoughts about Dr. Duke during an interview with Houston History…

As well as the history of LifeFlight in five minutes!