By Houston History Magazine on May 5, 2017 in Houstonians, Preservation, Women 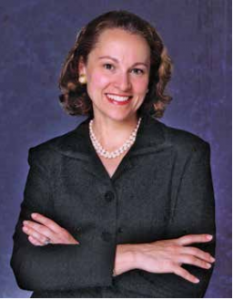 What is the current building trend in Houston? Adaptive reuse of buildings has become increasingly popular in an effort to preserve existing structures and simultaneously adapt their function to their communities’ needs. Since preservation activist Minnette Boesel wrote “Historic Preservation in Houston… a History?” which appeared in The Houston Review of History and Culture (now Houston History) in 2006, Houston has seen an increasing awareness of historic preservation’s importance. “Preservation across the country…has become a huge movement in the last forty years… [I]n Houston, I think there is awareness, but perhaps not as much as in other cities until more recently.”

Not only has the city created more incentives for people to purchase and maintain historic structures than ever before but with this newfound consciousness of history’s value in our relatively young city, more people are realizing the importance of this practice to create a sustainable and economically beneficial trend for Houston’s growth. Boesel, through her unwavering determination, has managed to significantly help change attitudes towards preservation locally and continues to embody Houston’s can-do spirit that enchants those involved with the city. 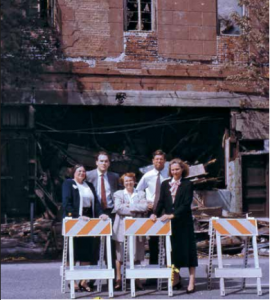 The Kennedy Corner Building (c.1860) served as a Confederate arsenal during the Civil War. Although the Greater Houston
Preservation Alliance and the Downtown Historic District persuaded the city to commit $126,000 to the owner, the building was demolished in 1991. Left to right: Jill Sewell, Kent Millard, Margie Elliott, Guy Hagstette, and Minnette Boesel.

For more information on preservation, read the Historic Preservation article by Minette Boesel from Houston History published in 2006.