By Houston History Magazine on December 20, 2010 in Race & Ethnicity, University of Houston 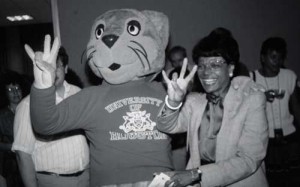 The 1990 appointment of Marguerite Ross Barnett as the university’s president was an important milestone for the campus. Photo courtesy of UH Photographs Collection, 1948-2000, Special Collections, University of Houston Libraries.

Sometimes the most illogical ideas have the strongest hold on a society’s hopes and fears. Such is the case with race. The various attributes called race are merely social and cultural constructions that vary according to time and place. Events that occurred in the 1950s in a tiny corner of Houston occupied by the University of Houston (UH) and Texas Southern University (TSU) provide a unique glimpse into the consequences of giving significance to a bundle of individual differences—namely skin color—that we falsely call race. 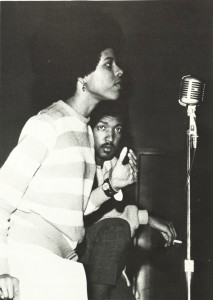 As segregation had arisen socially in the 1880s and legally in the 1890s, the University of Houston and Texas Southern University were segregated. Until slowly overturned in the 1950s and 1960s, “separate but equal” doctrines said that segregation was legal as long as the separate white and black institutions were equal; however, they were rarely—if ever—actually equal. Across time and place, there is always a gap between the law and the reality. While Brown v. Board of Education (1954), the landmark Supreme Court case that outlawed segregation in public education, is likely the most well known, other cases also made progress toward overturning apartheid conditions beginning in the late 1920s. This included two 1950 Supreme Court decisions that preceded Brown and specifically addressed the inequalities created by segregation in higher education institutions: Sweatt v. Painter against the University of Texas, and McLaurin v. Oklahoma State Regents against the University of Oklahoma.