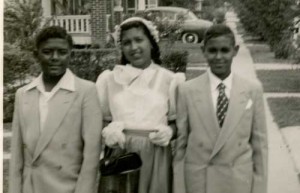 One of the most significant socio-economic impacts resulting from the notion of white supremacy, and its attending corollary of Black inferiority, was the use of race as a determinant of residential housing patterns which caused African American families to be forced into the isolation of segregated neighborhoods. For Zinetta Burney and her African American neighbors in Houston’s Third Ward, Alabama Street was the de facto color line that, throughout most of the twentieth century, divided this central city community according to race.

In urban communities throughout the nation, the enforcement of allegedly “legal” race-based deed restrictions and other residential restrictions were common practice.  In Houston de facto law—meaning it was custom but not written city code—dictated that homes south of Alabama Street were reserved for white families, while African Americans were confined to the northern section, above Alabama. The Burneys were one of those families and resided at 2828 MacGregor, later renamed Winbern. Burney asserted that changing her street’s name reflected a practice used to preserve exclusivity and racial demarcations as increasing numbers of African Americans moved into Third Ward. Thinking back to the 1940s and 1950s, when her mother was cleaning houses as a maid “over on the southern end past Alabama,” Burney pointed out that Blacks now live in houses that are in areas that “as a kid, we could not have visited . . . We lived in a segregated world.” 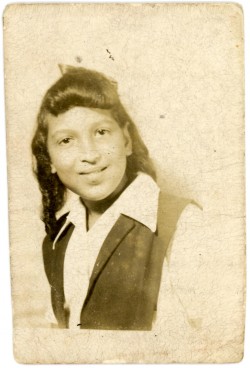 Zinetta Burney as a young teen.

Even in childhood, the lack of respect shown her father and other African Americans always distressed Burney and contributed to the deep sense of justice, fairness, and civic obligation that has become evident in her adult life. Reminiscing about her highly intelligent father who only finished the third grade, Burney recalled, “I always thought it was disturbing to him, and I guess it was, with going to work, with the seeing of the things he always wanted to explore. I could feel it in him. He wanted the freedom. I could always feel it.” She observed her father’s struggles as he redeemed his dignity by repudiating the racial degradation and subservience of the Sambo role that he was expected to fulfill as a rail car porter. She proudly remembers that he “…one day just told them he was sick of it; he was tired and quit.”

When he found other work, Burney and her mother often drove him to his various jobs in their family Chevrolet.  As they rode along, journeying through Hermann Park and well-off white neighborhoods, she found it disturbing that she had no access to the things she saw around her. “[There were] . . . places that as a kid, I just always wanted to go to visit. I’d see Rice University. I always wanted to go there. I guess I got that from my father. I never felt free. Always conscious of the isolation. Always conscious of the restriction. Always wanted to walk across Alabama. Just walk across it.”

UH & TSU Perpetuating “Separate but Equal”
The Dawn at My Back: A Memoir of a Black Texas Upbringing