By Debbie Harwell on December 8, 2016 in Education, Health and Medicine, Letter from the Editor, University of Houston 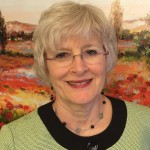 In 2006 our late oral history director Ernesto Valdes interviewed many people about Houston’s relief efforts following Hurricane Katrina. Dr. David Persse, Public Health Authority for the City of Houston and Physician Director for Houston Emergency Medical Services (EMS), told him things turned out very differently than what they originally expected, saying, “Looking back, it was laughable what we thought we were going to need…” While this issue is certainly not on the scale of assisting 250,000 evacuees, my early expectations of what would be required of our students to tell the 45-year history of Houston EMS  pale in comparison to how it grew.

A year ago, the task seemed easy enough – two articles completed in a semester. It was a perfect project for our interns to combine traditional academic research with public history methodologies, and four students from my Houston History class in the Honors College at the University of Houston took on the job. Little did I know how much more would be involved and how invested we would become in the story, which now causes me to chuckle as I think about Dr. Persse’s comments.

Few people realize that as late as the early 1970s private companies, often funeral homes that would rather take a dead person than a live one, still provided most ambulance services in the United States. They usually transported patients in hearses or station wagons, manned by untrained personnel, with little if any emergency equipment and certainly no defibrillators. Houston implemented its EMS program within the Houston Fire Department (HFD) in April 1971, and since then dramatic changes have occurred in training, equipment, technology, research, and protocols. With improved cardiac arrest survival rates as just one marker of its success, HFD EMS has become a national leader in emergency care.

The real story, however, is the people.  The students conducted oral histories and attended patient reunions with the EMS staff members who saved their lives. With each successive interview, we grew more appreciative of the difficult task these city servants face. Although EMS personnel see things akin to injuries in a war zone, they are more drawn to telling stories about how it made felt to have someone simply say, “Thank you.” In comforting the sick, saving a life, or holding the hand of someone who was dying, the interviewees felt they were the ones rewarded by their service, more so than the patient.  I have never met a more humble group of people.

All of us at Houston History owe a debt of gratitude to the people at HFD EMS who participated, particularly those who completed oral histories: EMS Asst. Chief David Almaguer, Bill Hausinger, Mike Ivy, Dr. Kenneth Mattox, Tom McDonald, Frank Mettlach, Glen Morris, Otis Owens, Dr. David Persse, Richard Sadler Jr., and Acting Fire Chief Rodney West. A special thanks goes to Dr. Persse’s assistant Diana Rodriguez whose help made this issue possible. Her enthusiasm for the work EMS does is infectious and we all caught the fever.

When undertaking to write a history, you never know exactly where it will take you. Intern La’Nora Jefferson, a member of the UH Honors College who received her B.A. in history in August, continued to work on the project through the summer and fall to see it to completion. Back at home, La’Nora was with family visiting her one-year-old niece, Harmony, when the child’s tracheotomy came out and she began turning blue. As Harmony’s mother, nurse, and other family members attempted to stabilize her, La’Nora called 9-1-1. Once everything had returned to normal amid laughter and tears, La’Nora thanked the EMTs and told them about this issue. Later she wrote to me, “I guarantee you that if we had not been doing all of this research on EMS, I would not have remained so calm while on the phone.” We never know how a story might impact someone in unexpected ways.

The Culture High and Low story of the Turkey Day Classic between Jack Yates and Phillis Wheatley High Schools, the largest annual school football game in America, has also deeply touched those who worked on it. I have been fascinated by this story since I first heard it seven years ago. In my mind’s eye I can see the throngs of people – 20,000 to 40,000 strong – dressed in their Sunday best, walking through Third Ward, cheering for their school, and converging at the stadium on the UH campus for the game. What a spectacle it must have been! Thanks go to Deloris Johnson (Yates Class of 1958) and Loretta Thompson Williams (Wheatley Class of 1959), who arranged for fifteen alumni from the two schools to share their memories about this proud tradition that ended in 1966.

True to the principles established by Joe Pratt, this issue symbolizes what we strive to do at the Welcome Wilson Houston History Collaborative, to act as a training ground for students and public historians to preserve community history. The Houston EMS and Turkey Day  Classic articles were completed by students who conducted twenty hours of interviews for the Houston History Archives and many more hours of research.  I hope that you enjoy reading them as much as we enjoyed writing them.