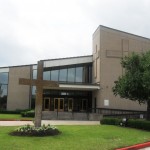 Forty-nine years ago in March of 1962, Reverend William Alexander Lawson and thirteen people submitted to God’s divine will and plan and established a church in Houston’s Third Ward. Rev. Lawson, who now serves as Pastor Emeritus at Wheeler Avenue Baptist Church, first arrived in Houston in 1955 with his young wife Audrey A. Lawson. The Southern Baptist Convention invited the young minister to come to the newly formed Texas Southern University and work with students. Rev. Lawson played an important role in the history of Texas Southern University, serving as the Baptist Student Union Director, during a time when state universities were not allowed to have religious programs.

Born William Alexander Lawson in St. Louis, Missouri, in 1928, Rev. Lawson grew up in Kansas City. He matriculated from Tennessee State College in Nashville, Tennessee, with a Bachelor of Arts in Sociology in 1950. Reverend Lawson returned to Kansas City where he studied for the ministry at Central Baptist Theological Seminary, which conferred upon him a Bachelor of Divinity and Master of Theology degrees.

When Rev. Lawson arrived in Houston in August of 1955, race relations simmered in the South. The lynching of Emmett Till occurred on August 28, 1955, the day Lawson arrived in Houston ;and on December 1, 1955, Rosa Parks refused to give up her bus seat to a white passenger and was subsequently arrested, tried, and convicted for disorderly conduct and violation of a local ordinance. Parks’ arrest and subsequent conviction led to the Montgomery Bus Boycott and effectively marked the beginning of the civil mights Movement. Indeed, by coming to the South, Lawson understood the potential for heightened racial tension between blacks and whites in Houston.

During his time at Texas Southern University, Rev. Lawson served as Director of the Baptist Student Union and taught bible classes. Although he was employed at the University, the Union Baptist Association paid his salary because of the restriction placed upon state universities against having religious studies programs on their campuses. While working at Texas Southern, several people approached Lawson with concerns that no churches existed near the university where black students attended school and where black professors lived. These people asked Rev. Lawson to consider starting a church; proposing that because he was a minister and taught bible classes he ought to be qualified to start a church. Rev. Lawson, in a 2008 interview with Jane Ely, stated “I did not have a daddy who was a preacher. There had been no preachers in my background at all, and I had no idea how in the world you would start a church.” Despite Rev. Lawson’s reservations, the entreaties continued. Eventually, Lawson assented with the stipulation that he would start a church and hold onto it until he could find a young man to fill his position.

Click here to view the pdf of the complete article.

When There Were Wards: A Series
Iglesia De La Luz Del Mundo