I first visited the University of Houston in the early 1960s, meaning that I have watched the 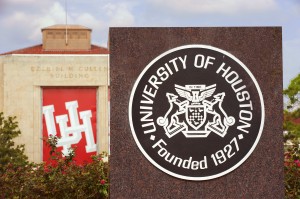 current campus evolve for almost two-thirds of its existence. I have taught here for twenty-seven years, or almost one-third of UH’s history. I have drawn on personal observations as well as published accounts to write this introductory overview of the first eighty-five years of the university’s existence. It provides context for the articles in this special issue of Houston History that is a collection of written snapshots, rather than a comprehensive history.  It is fitting that the issue is a joint effort with the UH Alumni Association, for more than at most universities, the history of UH has been shaped by its students.

This began even before the founding of the university. In 1926 a group of high school students nearing graduation met with E. E. Oberholtzer, then head of the Houston Independent School District (HISD), and asked for his help in creating an institution of higher learning where they might continue their educations. Plans for the junior college that was UH’s predecessor then moved into high gear. From 282 students in its first class in the fall of 1927, the university has grown to more than 40,000 students by the fall of 2012.  With more dreams than dollars, UH has hustled to fulfill its central mission:  providing a path to upward mobility for students from the booming Houston region and beyond. These students have gone on to play important roles in the building of Houston.

Watch the collaboration between Houston Public Media and the Center for Public History as they discuss the 100 years of Houston History, an episodic series featuring the significance of UH’s origin as a working class junior college.

The People’s University: UH Alumni Memories Through the Decades
Houston: The City and the University