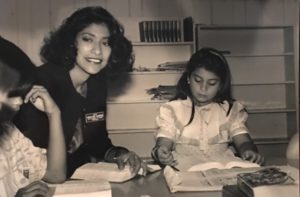 Although Houston is celebrated as one of the nation’s most diverse cities, it was largely segregated with little intersection across race and ethnicity into the mid-twentieth century. African Americans primarily resided in Third, Fourth, and Fifth Ward, which also had a large Creole population. Mexicans and Mexican Americans settled initially in Second Ward, but, as their numbers grew, they moved into First, Sixth, and parts of Fifth Ward, as well as Magnolia Park. Escaping sharecropping, violence, or political unrest in the early 1900s, migrants and immigrants generally came to Houston from East Texas, Louisiana, and Mexico. Although Houston offered better employment and educational opportunities than the places they left, many of these new arrivals lived in poverty. Nevertheless, the communities and their cohesiveness played a positive role in determining their character and raising their potential for future success socially, economically, and politically. 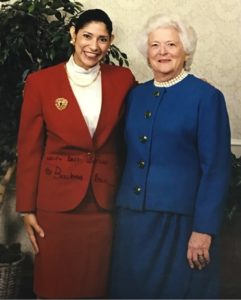 One of the success stories to come out of the city’s ethnic communities is that of Gracie Saenz, who dedicated her career to improving Houston for all its inhabitants through public service. Graciela “Gracie” Guzman Saenz was born at her parent’s home in Houston’s Fifth Ward in the 1950s. She was raised in a four-room house where she lived with her parents, a great aunt and uncle, and nine siblings in the barrio El Crisol, named for the nearby creosote plant. Like many Mexican American families at this time, the Guzmans faced their share of struggles due to their ethnicity and socioeconomic status. Regardless, Gracie’s upbringing, her experiences, and the support of friends and family enabled her to rise to the top as one of Houston’s most influential citizens.

Gracie shares her thoughts on the importance of education to her success:

Born Graciela Guzmán, Gracie explains how she got her nickname:

Seeing the need for Latinos to be represented in city government, Gracie discusses her experience in running for city council:

Interview on ABC13 with Gracie after the passing of former Houston mayor Bob Lanier. Gracie credits Mayor Lanier with helping her learn to navigate Houston politics. He also appointed Gracie mayor pro tem during her term as city councilwoman. 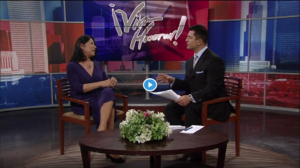 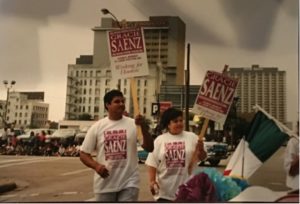 Click here to access the finder for the Graciela Saenz Collection in the Houston Metropolitan Research Center:

Watch the collaboration between Houston Public Media and the Center for Public History as they discuss the 100 years of Houston History, an episodic series featuring Gracie Saenz in Episode 7, showcasing the lasting impact Latina leaders have left on UH and the city of Houston as a whole.