By Debbie Harwell on November 26, 2012 in Houstonians, Sports, University of Houston 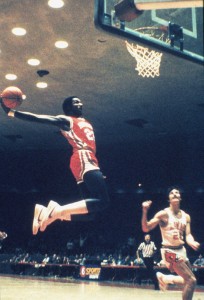 From its earliest days, the University of Houston rose to the top in athletics—not in football or basketball as you might expect, but in ice hockey.  The team competed for the first time in 1934 against Rice Institute in the Polar Wave Ice Rink on McGowan Street.  It went undefeated for the season, scoring three goals to every one for its opponents. The next year, only one player returned, but the yearbook reported that they “represented a fighting bunch of puck-pushers.”  They must have been because the team had no reserves and played entire games without a break.

The sports picture changed dramatically in 1946 when the University joined the Lone Star Conference (LSC) and named Harry H. Fouke as athletic director. He added coaches in men’s tennis, golf, track, football, and basketball, and a new director of women’s athletics focused on physical education. Although the golf team took second in conference play and the tennis team ranked fourth, basketball was the sport that electrified the Cougar fans.  The team once practiced with a “total inventory of two basketballs left behind by World War II campus Navy recruits, one of them with a slow leak.” But behind the play of center Guy Lewis, who scored a record 54 points in one game, they won the conference. 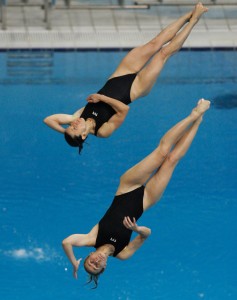